What is Human Trafficking?

Human Trafficking is defined by the United Nations Office on Drugs and Crime (UNODC) as the following:

“The recruitment, transportation, transfer, harbouring or receipt of people through force, fraud or deception, with the aim of exploiting them for profit.”

Human trafficking consists of three core elements and we find this diagram from the UNODC really helpful! 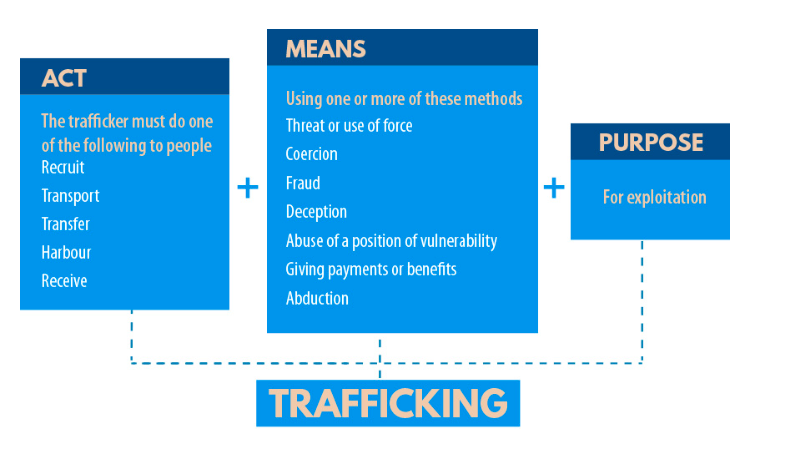 The exploitation that victims are subject to varies and can take many forms. These include:

This practice of acquiring people and exploiting them, is believed to be the fastest growing criminal industry in the world. It occurs in every region of the globe, and while impacting men, 7 out of 10 victims are women and girls (UNODC).* Often human traffickers will target either migrants OR people who come from poor communities and whose economic situation makes them more vulnerable to the deception that traffickers offer. The profits made from the exploitation of others through trafficking is estimated to be an incredible $150 billion USD a year.

In addition to working with survivors of sexual abuse and severe domestic violence, Hagar has also walked the recovery journey with women and children in Cambodia and Vietnam who have been trafficked and exploited in a variety of different circumstances.

Some of our clients were promised a good job in China but arrived to find that they had been tricked and were instead forced to marry Chinese men. Some of our clients have been forced into domestic servitude, working for little or no pay in abusive conditions. Others have been trafficked into sexual slavery, working in brothels day after day after initially being promised good jobs. The stories and circumstances may vary but there is one thing Hagar staff see in all survivors of trafficking and that is severe trauma. The experience of being trafficked and exploited by others is deeply impacting for all survivors and often a client will arrive at Hagar suicidal, void of hope and/or deeply depressed. Seeing our clients overcome the trauma of their experiences and living transformed lives is why Hagar is so passionate about what it does!

Read these stories of Hagar clients who have survived trafficking and exploitation but now have hope and happiness! 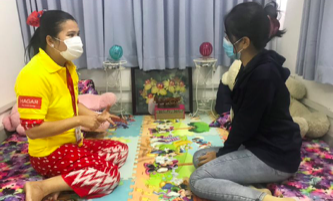 Dana grew up in a very poor family. Her father was an alcoholic and instead of going to school, Dana worked with her mum as a garbage collector. When she was 15 years old, Dana was working in a garment factory in Phnom Penh and was convinced by a colleague to travel...

END_OF_DOCUMENT_TOKEN_TO_BE_REPLACED

Finding hope again. When Hoa was a teenager, both of her parents suffered debilitating health challenges that prevented them from working. They found themselves struggling financially, so Hoa and her brother left school to find work to support their family. Hoa found...

END_OF_DOCUMENT_TOKEN_TO_BE_REPLACED 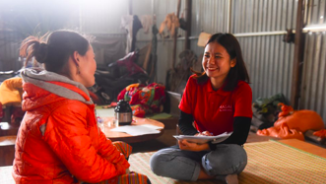 What would be the most precious moment in your life? For Dan, it was her reunion with her mother in Vietnam after spending 17 years trafficked in China. Dan’s father died when she was young, and her mother had to work hard to make ends meet for her family.  Knowing...

END_OF_DOCUMENT_TOKEN_TO_BE_REPLACED
How does Human Trafficking happen?

This report is published by the United States Department of State every year and gives the global overview of  human trafficking specifically.