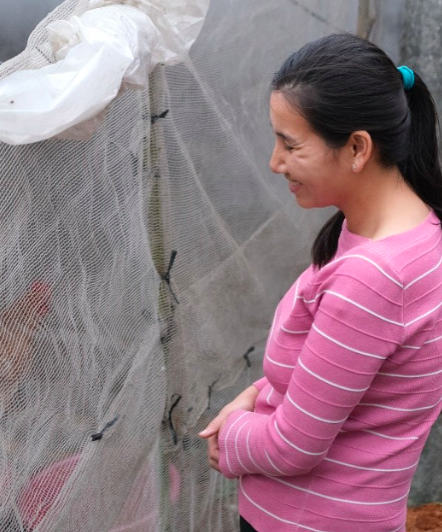 What would be the most precious moment in your life? For Dan, it was her reunion with her mother in Vietnam after spending 17 years trafficked in China.

Dan’s father died when she was young, and her mother had to work hard to make ends meet for her family.  Knowing Dan’s families’ struggles, their neighbour made an agreement with a broker to trick 15-year-old Dan into being trafficked to China.

The neighbour promised Dan a part-time job close to home with a high salary, which would ensure a sustainable living for her family. Trusting the kindness of her neighbour, and eager to decrease her mother’s burden, Dan agreed to accept this offer.

Dan was secretly taken off in a car. In a dark space, Dan did not know where she was going. When she could see the sun again she found herself in China, where she was then forced to work as a prostitute.

Every time Dan felt too tired to serve customers, they beat her as a punishment for misbehaving. One time, when the trafficker caught Dan attempting to escape, they tortured her by using a hammer to break her kneecap so that she was no longer able to run away. Dan could hardly walk for 3 months

However, despite the severe pain, Dan remained determined to escape and after 5 attempts, she trekked through the forest for countless days and finally reached the Vietnam border. From there, the local authorities found her, sent her to a local Women’s Union, who then referred Dan to Hagar.

With the support from Hagar, Dan received counselling to help with her trauma, and medical support. Dan was also reunited with her mother and through Hagar’s Economic Empowerment program, Dan and her mother received husbandry support to raise chickens and gain economic capital.

“This is my best day. Seeing those chickens makes me overjoyed and all my fear or doubt has completely disappeared. I just want to send my sincere thanks to Hagar. I and Dan are so lucky to have Hagar’s support. I can never thank you enough.”

Dan is truly an example of what the long-term love and support of Hagar donors and staff can achieve in a person’s life. Together, we have seen transformation!