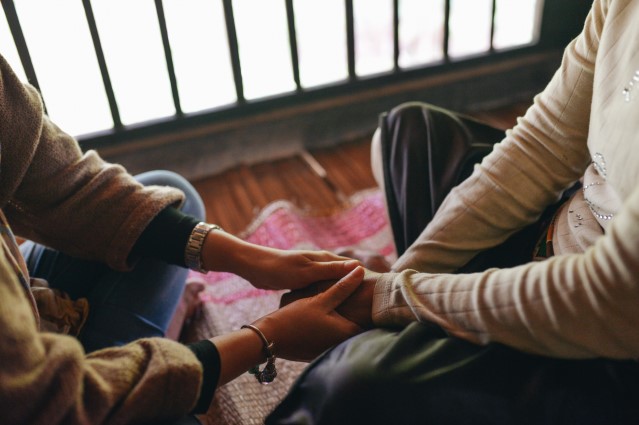 When she was just 16, Tien was tricked by a group of Vietnamese people and trafficked to China. Over the course of the next two years, she was sold over and over again to three different Chinese men who each bought her to be their wife.

Almost two years later, Tien managed to escape back to Vietnam. Having been traumatised by her experiences in China, she thought that things would be better when she got back home. But to her surprise, the people in her hometown avoided her and looked down on her. They talked behind her back and looked at her differently knowing what she had been through. She was frightened and lost all her confidence.

This discrimination from her community got so bad that Tien used to think about committing suicide.

Thankfully, Tien was finally referred by the Department of Social Evil Prevention to Hagar and this is when things began to change. Together with our wonderful donors, the Hagar team were able to provide Tien with counselling, health care, life skills training and career orientation. She met people who understood what she had been through and who showed her love and care. When asked what she thinks would have happened to her if she didn’t meet Hagar, Tien replied:

“If I didn’t meet Hagar …. I would certainly have serious mental health problems. I would not be optimistic, open-minded and confident like I am now.”

After building relationships with Hagar staff, Tien was also able to speak up and express her desire to go back to school. When she first arrived back to Vietnam after surviving forced marriage, Tien wanted to go back to school but her family’s financial position meant that she instead had to work.

Hagar has been able to support Tien’s education since the 8th grade and she is now attending the 12th grade at a school in Hanoi. Every year, she is awarded certificates of merit as a good student. She dreams to become a social worker so that she can one day help people too and is working hard to achieve this dream.

Tien is truly an example of what the long-term love and support of Hagar donors and staff can achieve in a person’s life. Together, we have seen transformation!