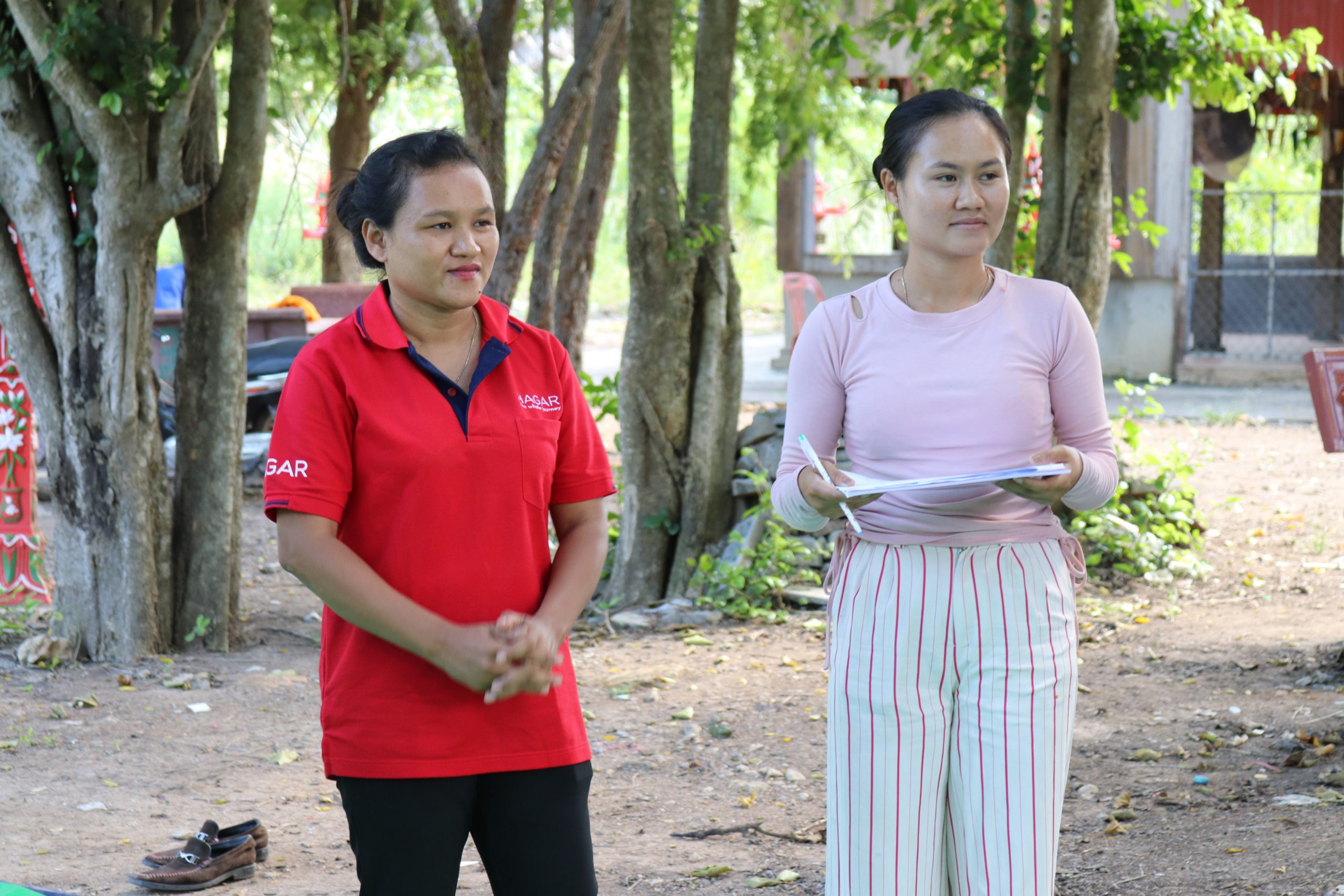 Sreyneang’s story is a powerful illustration of the impact Hagar is having not just in the lives of individuals but in entire communities as well. By volunteering with Hagar, Sreyneang has been able to help implement prevention initiatives that she can tangibly see are making children safer and less vulnerable to abuse.

Sreyneang’s parents are farmers and she has 4 sisters whom she loves very much. In 2011, Sreyneang was recruited by a private company* to go and work in Malaysia. This was the first time Sreyneang had been to another country and she was excited by the prospect of having better career opportunities. However, she was sadly misled and ended up working in the house of a wealthy Malaysian family. She was forced to work overtime and did all of the cleaning, gardening, cooking and heavy housework for a wage that was not what she had been promised. She said of this time:

“I was so frightened and worried about my safety and security there as sometimes I had to sleep without eating and I always whispered at night because I missed my family in Cambodia.”

Sreyneang returned home in 2013 for a few months but then was approached by someone else who promised her good work in Thailand. Sreyneang agreed to go and found herself in a brothel on the border between Cambodia and Thailand. Thankfully, Sreyneang managed to escape and found a good job in Thailand. 7 years later, the outbreak of COVID-19 saw her transferred back to Cambodia, with other Cambodian workers, by the Thailand authorities. She talks now of how when she returned home, she found that she was discriminated against by people in her community. She blamed herself for believing the lies of the brokers and not knowing how to travel safely. But soon there was an opportunity for her to raise awareness in her community and help reduce the vulnerability of the children around her so that they would be less likely to have experiences like hers!

Identifying the vulnerabilities within the remote community that Sreyneang lives in, Hagar began collaborating with local authorities in September 2020. Together, they began to run Community Groups, Community Mobile Learning Places (spaces where children could come and be encouraged in their studies during COVID) and educational events across the District. The objectives of these initiatives include:

Sreyneang volunteered to be a facilitator of a Mobile Learning Place and also be a contact person for her Community Group. This is how Sreyneang met Hagar! She could see the difference these community initiatives would make and wanted to be part of it!

“If Hagar came in my community 10 years ago and I had this knowledge of human trafficking…I would not be attracted by the tricky ways from local brokers to migrate to other countries and also my life would be better.”

Being involved with Hagar as a volunteer has been an empowering experience for Sreyneang. She has been provided opportunities to use her painful experiences to make a difference in the lives of others. She says:

Together with Sreyneang, and our other volunteers, partners and donors, Hagar is making a profound difference in this province!