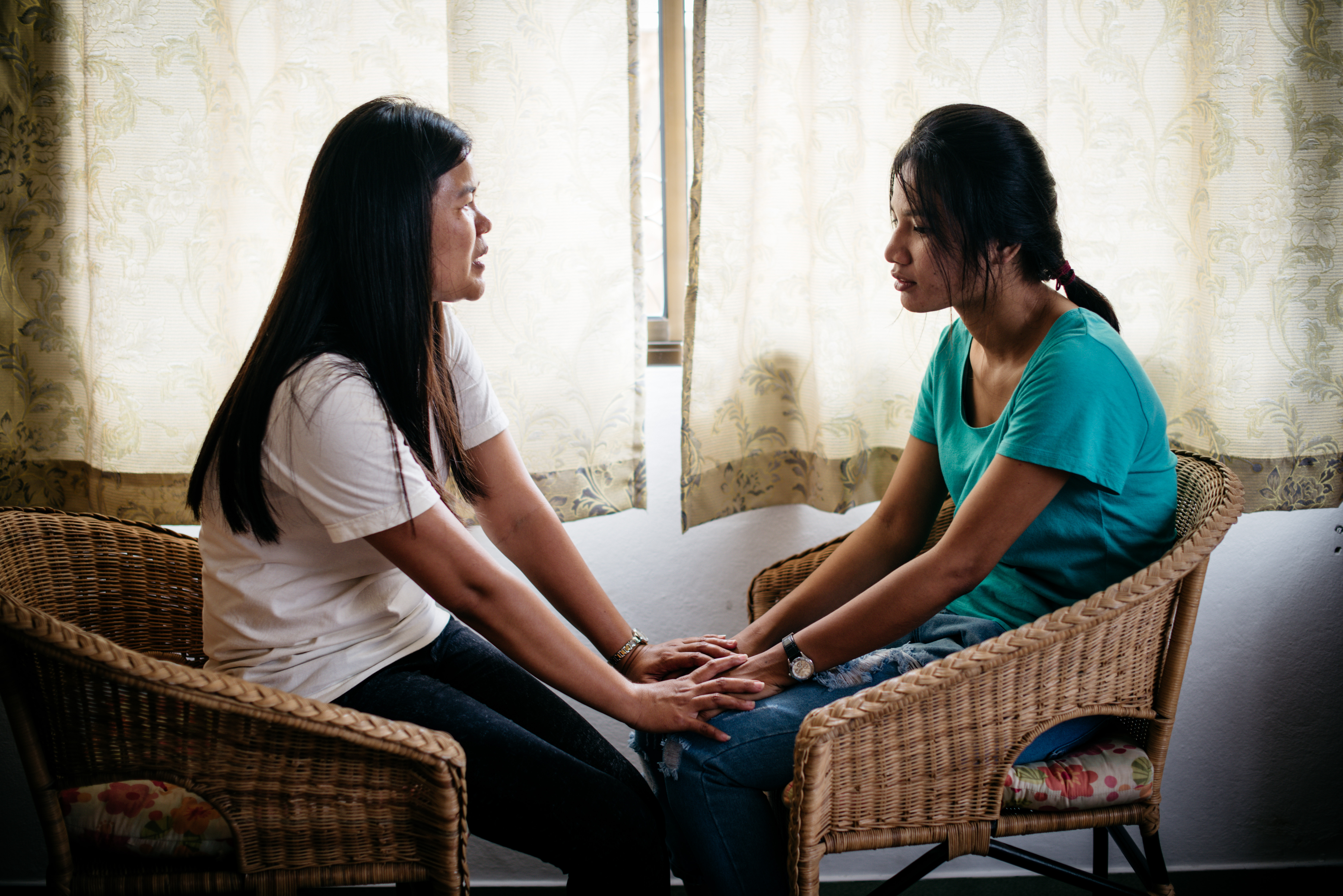 Sophea doesn’t remember much about life before she was sold as a slave, except that her mother was violent and her father was kind. Her mother would strike her when she did wrong, and her father would support her. That’s why, when he put her in a car with a stranger and watched as they drove away, she thought he might be sending her away from danger. What she didn’t know, was that she was headed straight towards it.

Sophea had been sold as a domestic slave at the age of three, and for the next eight years she would live in domestic servitude to a stranger. She was made to take care of cows in the field, do all of the housework, sell cakes in the village, and was not allowed to attend school. When other children saw Sophea, they would mock her because she wasn’t allowed to wash. They called her the ugly one. She tried to escape many times, but to no avail. She was caught and beaten for her attempts.

That was until the day she snuck out and stole a bicycle. Sophea rode for as long as she could, until she was stopped by some travelers who were concerned at a child being out so late on a bike. She told them her story, and they took her to their village chief.
The village chief and his wife took Sophea in as if she was their own. They cared for her for several months, but knowing they didn’t have the resources to help Sophea fully heal from the trauma of her past, they started to research organisations that could help. The chief wanted to find the best help he could for Sophea, and when he found Hagar, he felt confident in their ability to do so.

Through Hagar, Sophea received safe accommodation, counselling, case management, education, and all of her daily needs were supplied. She started to heal from her trauma, and she was able to start dreaming again. Sophea dreamed that she would be able to help other girls like her to heal.

Now, Sophea lives out that dream. She graduated with a degree in social work, and took a job working with marginalised young women. Not only is she already impacting her community, but she’s impacting our world. In 2017, Sophea spoke to the Australian Parliament as a part of their Modern Slavery Act. We are so proud of Sophea, and will continue to walk the whole journey with her, celebrating each success as she walks the whole journey with others.

Sophea is truly an example of what the long-term love and support of Hagar donors and staff can achieve in a person’s life. Together, we have seen transformation!