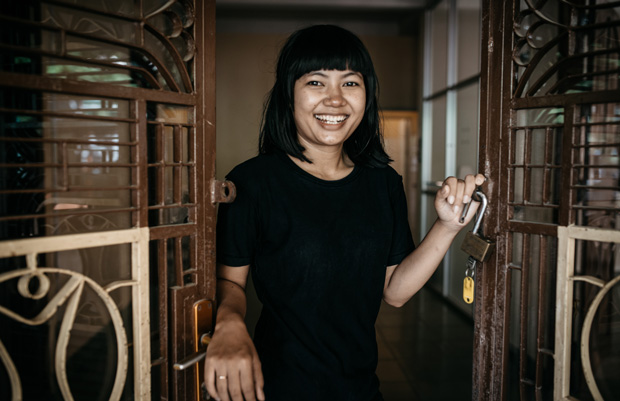 Priya is the eldest of seven children. She loves her family, but at the age of 14, her parents sold her to be married to a much older man who abused her daily. Priya wanted to return to her parents’ home but her parents wouldn’t hear of it as it is culturally unacceptable for a woman to leave her husband even in a situation of abuse. Three months into her marriage, Priya’s luck seemed to change. Someone she knew offered her a job in Singapore and promised her a good salary. Priya was so relieved. This would mean she could get away from her husband, provide for her parents, and pay for her siblings’ education. She accepted the offer, and left her husband in secret. What Priya didn’t know was that she had been sold to a karaoke bar in Singapore, where she was forced to provide sexual services.

Months later, Priya made a plan to escape. When the police found her, they placed Priya in a shelter. Plagued by the trauma of her experiences, she contemplated taking her own life, as she saw no value in living. Priya was referred to Hagar, and through the trauma-informed group therapy and individual counselling, she slowly opened up and started her journey to healing. With the patience and care of our counselling staff, Priya regained her self-worth and began to see herself as someone of value. Our staff watched her grow in confidence, and they now describe her as one who is ‘full of energy and feist.’ Priya’s emotional and psychological healing enabled her to look beyond her past and set directions for her future. During her time in Singapore she learnt English and was even able to translate for other clients. Priya developed enough resilience to stand before her perpetrator in court and to give her testimony. After three years of intensive support from our staff and volunteers in Singapore, Priya finally returned home after the completion of her court case.

“I thought I would never be able to smile again, but Hagar helped me to be how I am today.” PRIYA

Priya is an example of what the long-term love and support of Hagar donors and staff can achieve in a person’s life. Together, we have seen transformation!