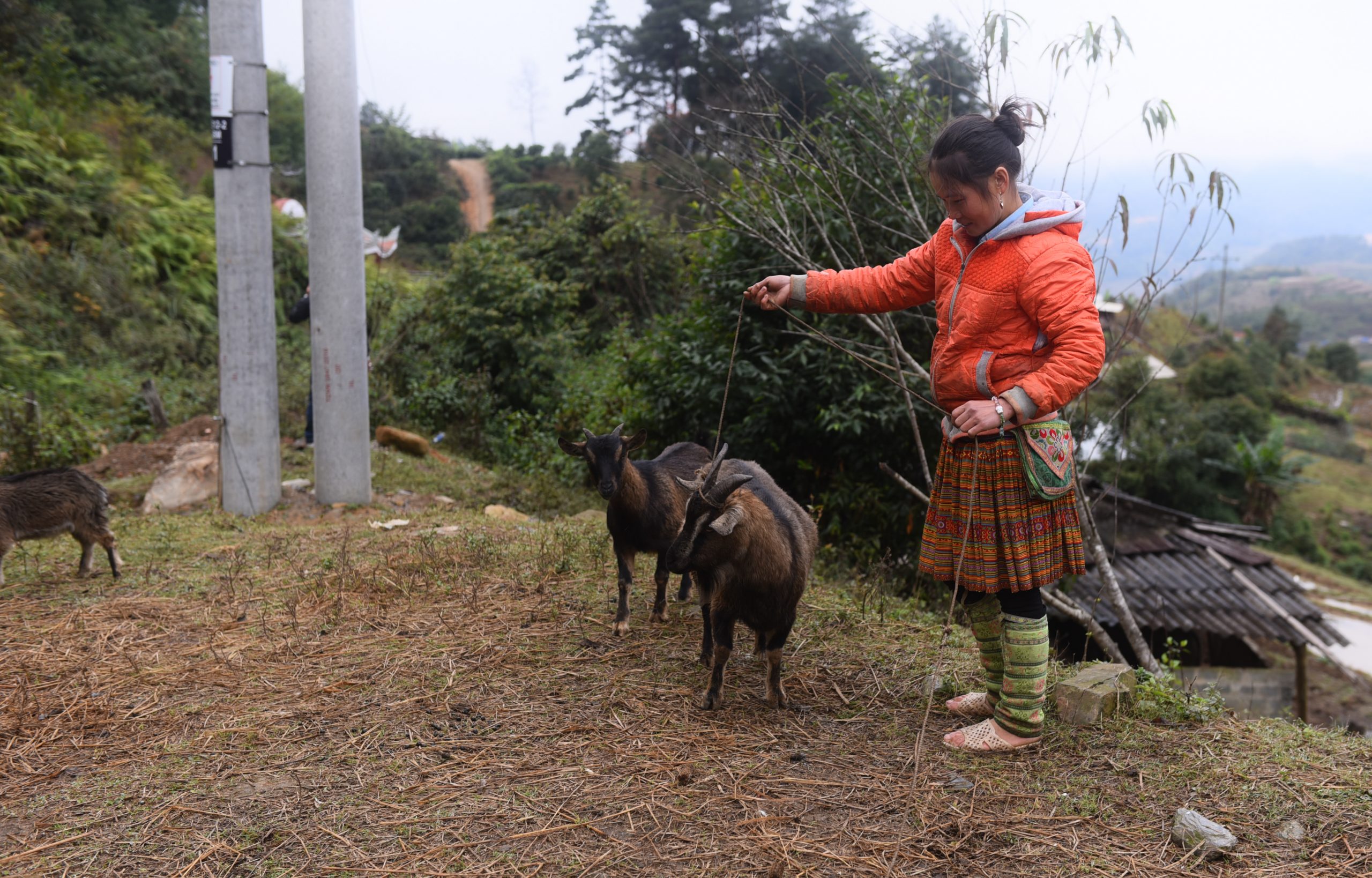 Dang grew up in a remote mountainous region of Northern Vietnam. She could only speak the language native to her village and her parents did not support her furthering her education because of their financial issues.

Dang’s first husband was very violent towards her. He would yell and hit her whenever he felt like it and Dang later shared that she felt suffocated by the violence. She depended on her husband though because she could only understand her native language and could not speak or write in Kinh (the most widely used Vietnamese). She was very isolated and suffering extreme domestic violence.

One day, Dang talked to one of her friends. Her friend then introduced Dang to a man who offered her a job. Dang had no reason to doubt her friend and thought that being able to earn an income would help improve her marriage and support her children.

Due to her illiteracy and lack of understanding, Dang did not realise that she had been tricked until she arrived in China. In this far away and strange place, she was forced to marry a Chinese man. Remembering her children in Vietnam, Dang continued to look for hope and tried to find a way to get back to Vietnam. Eventually, the Chinese police found out about her and brought her back home.

However, even though she had been trafficked and traumatised, her Vietnamese husband’s family treated her badly. Being not a good man, her husband one time stole a motobike of a local person, he had been sent to prison and his family thought it was all Dang’s fault. They tried to take back the house that Dang and her children were living in and Dang was feeling very stressed about providing for her family.

“I was so sure that I and my kids were at a dead end. I tried to find a proper job with a stable income but always failed. Because I can’t speak Kinh language, I only can do some animal rearing or sewing at home. My kids are too young so I can’t travel so far either.”

Fortunately for Dang, the local Women’s Union referred her to Hagar and that’s when things began to change. After meeting Dang, Hagar staff helped her purchase a cow and fencing so that she could start earning a bigger income. A Hagar staff member also visited her house and saw the poor conditions that the family were living in. They had no warm clothes or cooking utensils and the family had been struggling in the extreme weather. Hagar purchased items for the family to ensure their wellbeing.

“I’m so blissful and grateful that I can get a chance to receive this great support from Hagar. Life is better for us now thanks to this timely support. My children are thrilled when they have new and warm clothes. I think this winter is less hard for us.”

Dang is truly an example of what the long-term love and support of Hagar donors and staff can achieve in a person’s life. Together, we have seen transformation!