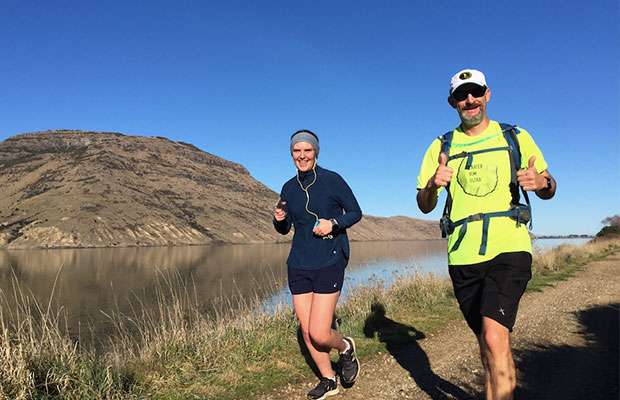 In 2020, Brad registered for a 100km running event in Hokitika. This was going to be his personal best distance and the completion of a goal he had been training for. So when COVID-19 saw the event get cancelled, Brad decided that he would create his own 100km route and turn it into a fundraiser for Hagar. His plan was that he would give $1 for every km he completed and that any other runners who joined him throughout the day would do the same.

“Having done the training for the now cancelled South Island 100km Ultra between Greymouth and Hokitika I thought I’d do the distance anyway. Problem was I would find it difficult to do that distance on my own! So I thought why not make it an Hagar Runners event and get some of others in the group to join me. What a perfect way to raise some money for Hagar. Each runner will donate a dollar for every km they do to add to my $100.”

You can check out the Hagar runners group that Brad mentions above here.

On the last Saturday in May (right before winter started!), Brad left Rolleston in Canterbury at 5am in the morning with the plan of running to Little River and back again. The weather was absolutely perfect for this event and Brad had different runners joining him throughout the day for different distances. Pictured above is Hagar staff member Anna running with Brad as he headed towards Little River. There was a real sense of community and support for Brad and he arrived back in Rolleston at 6:40pm, 13 hours and 40 minutes after he had started and having successfully run 100km. What an incredible effort!

When Brad set off on his run, he was hoping to inspire $500 worth of donations to Hagar. In addition to his personal pledge and the contributions of other runners on the day, we also shared about Brad’s run on email and here on our Facebook page.

A few days after the event, we did a tally up of all the donations Brad received and were thrilled to be able to tell him that he had passed his goal and raised an incredible $1042 for our work!

When we messaged Brad to tell him this total he said:

He took the photo below to celebrate and thank all of his wonderful supporters. But then something else awesome happened. Someone else from the Hagar family saw the photo of Brad and read about what he did and decided that they would give him an extra $1000 taking his fundraising total to $2042!!

Brad is another wonderful example of the fact that everybody can do something in the fight against human trafficking, slavery and abuse. His efforts will truly help those women and children we work with overcome the trauma of their experiences.

We are so unbelievably grateful to Brad and all of his supporters for this wonderful result! It means so much to us but also to the precious women and children we journey with overseas. 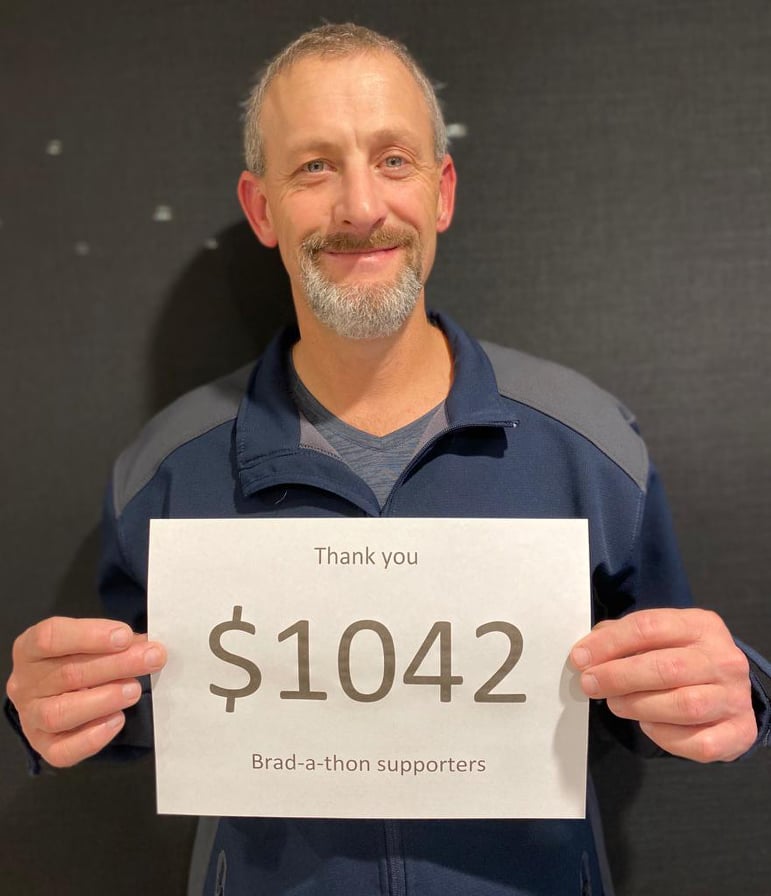