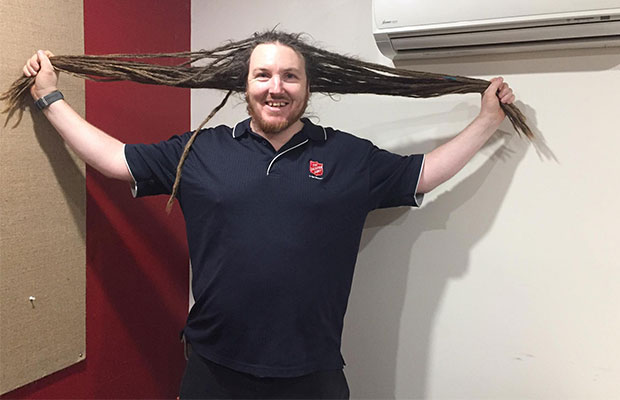 After hearing about Hagar through his sister Tracy (who is another one of our awesome donors and participated in our 2019 Youth Programme as a mentor), Brad Carpenter decided that he wanted to become a partner in Hagar’s work as well. Having not had a haircut in seven years, Brad decided that he would shave his dreads off as a fundraiser for Hagar’s work.

In the weeks leading up to his shave on the first weekend of June, Brad posted on Facebook and went out to his family and friends asking for donations. His goal was to inspire $2000 worth of donations before shave day and eager to see his new look, his friends and family rallied. The Hagar team also posted about Brad’s shave on their Facebook page and sent out emails about this effort, encouraging Hagar family members to support Brad if they could.

On shave day, Brad arrived at the hair salon where his wife works feeling a bit nervous. It was a real family affair with Brad’s 3 kids there (2 of whom could not remember him without dreads!) and some of his extended family as well. Some of the Hagar team also went along to support him and take photos.

As his dreads came off, we asked Brad how it felt and he simply said: “Surreal.” Once the dreads and beard had all come off, there was a small celebration of sparkling grape juice and lollie cake to mark the occasion. Even at this point, Brad was remarking on how much colder he felt!

A few days after the event, we did a tally up of all the donations Brad received and were thrilled to be able to tell him that he had passed his goal and raised an incredible $2152 for our work! He took the photo below to celebrate and for us to use as we showed people his new look and let them know about his success.

But then something else awesome happened. Someone saw the photo of Brad and read about what he did and decided that they would give him an extra $1000 taking his fundraising total to $3152!!

Brad is another wonderful example of the fact that everybody can do something in the fight against human trafficking, slavery and abuse. His efforts will truly help those women and children we work with overcome the trauma of their experiences.

The fact that Brad was willing to shave off his dreads for us and those precious women and children that we journey with overseas means so much. It is only because of people like him, and all of our wonderful donors and volunteers, that we can transform the lives of some of the world’s most traumatised. 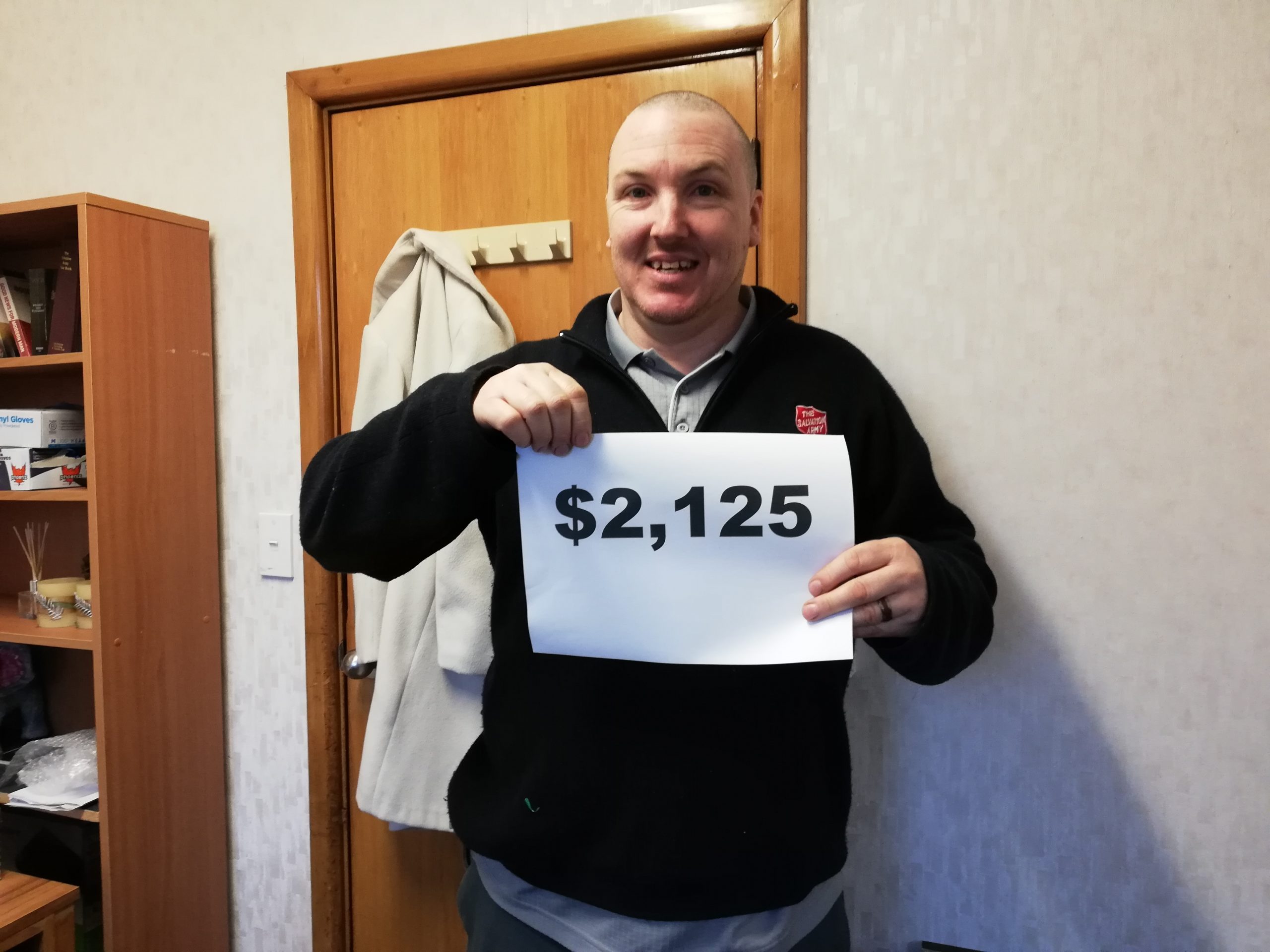